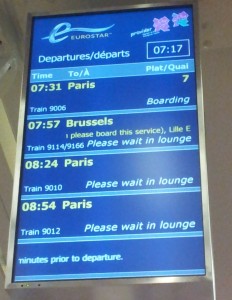 I went to Brussels twice in the past one year and a half. One time for 24 hours from London and the second time morning to night so I thought I would share my experience. I booked a standard return ticket on Eurostar online and printed the tickets at home. I took the train from London which is about 2 hours.

The train left from Pancras Station in London in the morning. With minutes, I checked in electronically and then quickly went through passport control & security. The whole process didn’t take more than 15 minutes. If I had taken the airplane, I would have to be at least two hours before at the airport for checking in and one hour car journey from the hotel to the airport. Knowing how busy London Heathrow Airport, the process of checking in, going through security & passport control would have taken more than 30 minutes. I admit I enjoyed the experience. I thought it was better than taking the airplane. 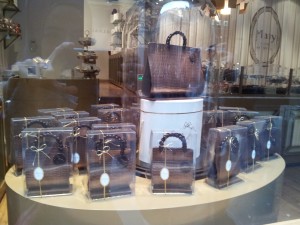 Handbags made of chocolate

This is the highlight of my day trip:

I went to Grand Place which is a famous square in Brussels. If you are a fan of flower plants and bulbs, you will see small booths with a variety of flowers, seeds and bulbs. I also ate Belgian waffles in Maison Dandoy which is considered in Brussels among the best places for Belgian Waffles. You can also take horse carriage from there. 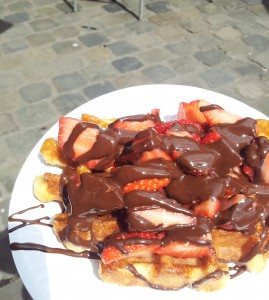 For designer shopping: I suggest Boulevard De Waterloo & Avenue Louise.  The two streets are long and are across each other. Many of the famous European designer boutiques are located there such as Hermes, Chanel, Armani, Louis Vuitton, etc. 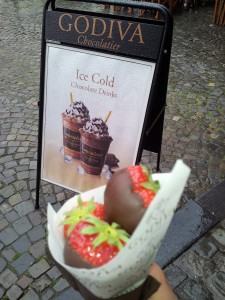 It was nice experience. I highly recommend it. Since I tried Day Trip from London (morning to night) and 24 hours, I prefer the 24 hrs as I found spending morning to night was tiring.